On tattoos and piercings: A radical view?

Today it appears to be a rare sight, seeing someone free of bodily modifications. And yet I am fairly young in my age I consider this to be an almost irreversible mutilation with varying depth of consequences, stretching into the mental health of the participant, as we’ll illustrate in the examples which follow.

People have always been susceptible to mass formation hypnosis, and I assume these trends are no different. For it is the same logic that is applied today, with the same arguments for defense from the participants, that has been applied throughout history. Let us research some of the most common arguments of these bodily remarks.

The “it is my body” argument (the protective defensive stance)

This argument states no words as for why the participant has undertaken such bodily harmful modification, nor it says anything about his motivation. It is a defensive argument used to protect participant’s ego from questioning his choices. When further questioned, it is typically followed by another argument.

Before moving on, I have to expand on a thought about the “it’s my body” argument. It seems apparent that most participants of bodily harm have no understanding of self-organizing systems in nature, and oppose the belief that their decisions might been a product of manipulation by the era in which they are born, their peers and the media.

Nature has self-organized the universe using fractal patterns and laws beyond our comprehension. It has organized our cells by the means of millions of years of evolution. Despite what we’d like to think, the vat majority of our bodily processes are out of our control, if much at all. So my question to this argument sounds: “Is it really your body or the illusion of consciousness making your believe it’s yours?”

From that argument, it’s a total disrespect for the nature who’ve created us, our bodies and our consciousness, to think that we’re above the process and can make potentially harmful, and irreversible bodily choices.

In psychology, we define over 25 cognitive biases, one of which is called the investment bias, which says that we continue to invest time and energy into opportunities which may not be the best option, if we have already invested into them in the past.

To admit a failure of such magnitude as crippling one’s own body is hard, it poses a threat for the ego and potentially would cause an identity loss. Most people are not willing to take that. Therefore the “it’s an art form” expression serves as an excellent self-affirmation which confidently allows one to co-exists with these bodily modifications without guilt or fear.

From my observation, participants are often confused about their identity in connection with art form through means of bodily mutilation. The longer the piercing stays, the stronger it forms one’s identity: “it’s a part of who I am”, refusing to accept the fact that we’re not static, but always in the process of becoming someone.

Subjectively, I cannot imagine a sane person proclaiming bodily harm as an artistic expression, possibly an expression of pain and unresolved deep, mental issues that they have never seem to have provided the means to recover. In a society with a completely obscured focus on mental health, the youth is given the means such as bodily modifications to express their pains, instead of resolving the deeper, underlying cause directly, resulting in no pursuit of self-harm.

But hey, if everyone undertaking a a mutilating action were to heal their trauma first, all piercings and tattoo studios would go out of business!

I think we’ve failed as a collective to protect the health of our children and young generations, instead serving them with degenerative propaganda, and dangerous ideologies. The dissolution of the family unit marked the start of a new, secularized generation which is susceptible to manipulation easier than ever before, and posses great pool of voters for the politicians, regardless which side of the spectrum they stand for.

Such short term thinking will produce crippled, dysfunctional generations unable to carry offsprings (or even better, unwilling to), and the long-term consequences might be destructive.

I understand that some of my thoughts might be out of the ordinary, and such are actions such as sticking a piece of metal into one’s breasts or genitals. In every generation, there are weak-minded individuals who’d fall for the fashionable behavior, let it be smoking or using drugs in the last century, and today is no different. It always seems that the main target is the human health, the only body we’ve been given, the one chance for life that we have right now, right now. So instead of throwing our health away, let’s get to work and protect it. 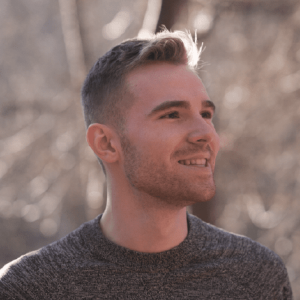